Las Vegas, USA – TWO TWO is proud to announce its NFT Drop collaboration with Binance NFT marketplace to launch an auction event which will saw the never-seen-before artefacts from iconic legends such as Janis Joplin, Jimi Hendrix and more.  The companies will also launch exclusive, limited and extremely rare NFT portfolios.  Primarily comprised of Extreme Arttm which includes meticulously curated street, urban and pop art, the NFTs will represent extraordinary acquisitions created by artists who do not generally exhibit their work other than in exclusive and private galleries. Their work can still occasionally be found in some dark underground or the side of a building from early graffiti “tagging,” long before fame.

The project dovetails perfectly into the Binance Genesis Collection as it is a continuum of the art movement that started with Andy Warhol. The torch has been passed to TWO TWO’s contemporary artists who are this generation’s Warhol, Basquiat, Dali and Haring. The pieces are being created or enhanced exclusively for this partnership. The artists collaborate with TWO TWO to expand their vision motion, augmented reality and virtual reality. This also includes digitizing and developing 3D images of some of the world’s best contemporary sculpture.

The first 2 NFT Drops will debut on 28th July 2021 featuring artist Nick Walker. Originally hailing from Bristol, Nick Walker has quickly emerged to become one of the most prominent and exciting street artists working today. A veritable visionary and godfather of the 1980s Bristol graffiti scene, Walkerʼs virtuosic spray can technique combined with a unique and meticulous stencil style has inspired an entire generation of street artists across the globe. His groundbreaking method also relies heavily on the use of pitch black humor and irony to create multiple layers of meaning in the truly subversive fashion emblematic only of the best street art. TWO TWO Will launch Nick Walker’s Digital Art Armor Plated and Headless Stars the first two NFT Drops exclusively on Binance NFT marketplace, up for auction. 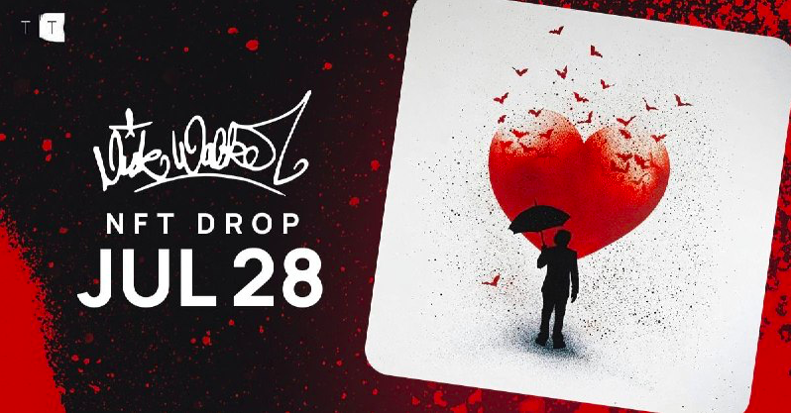 Additionally, TWO TWO will work with Binance to launch the FLASHBACK Series. There will be monthly auctions of never-before-seen images of the greatest classic rock artists ever to take the stage. This includes Jimi Hendrix, Janis Joplin, The Grateful Dead, The Who and many others that performed at the iconic Monterey Pop Festival in 1967. The images will be digitized versions of never printed photographic negatives exclusively provided to TWO TWO by the photographer’s estate. The negatives are held in a vault and are in mint condition. So long as reserves are met, the winner of each auction will also receive the negative. These images are priceless pieces of rock history and all applicable rights will inure to the winner as well. 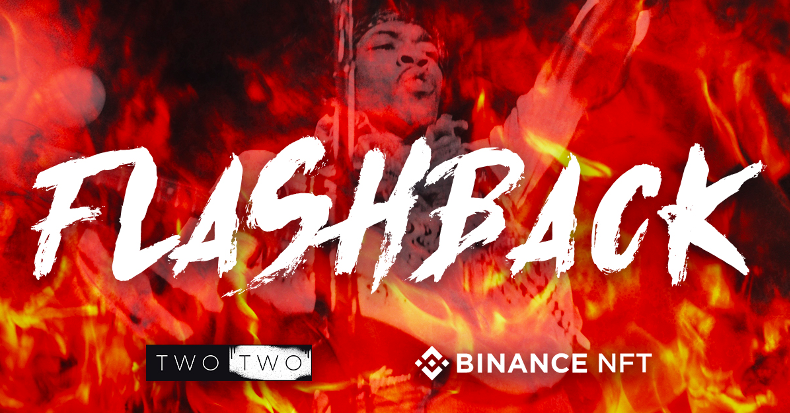 The first Flashback Auction series on Binance NFT featuring Jimi Hendrix, among others will take place on the 4th August and more information can be found on TWO TWO and Binance NFT websites. 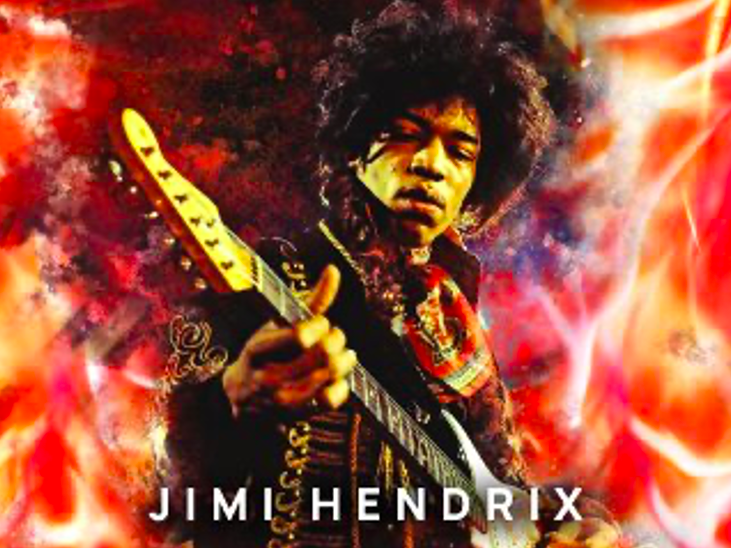 As part of the partnership, there will be on-going discussion with Binance NFT marketplace to display its NFT digital art in the TWO TWO physical Gallery opening in Resorts World in Las Vegas this Fall. Resorts World, a Genting Property, is the newest and most lavish property on the strip of Las Vegas. 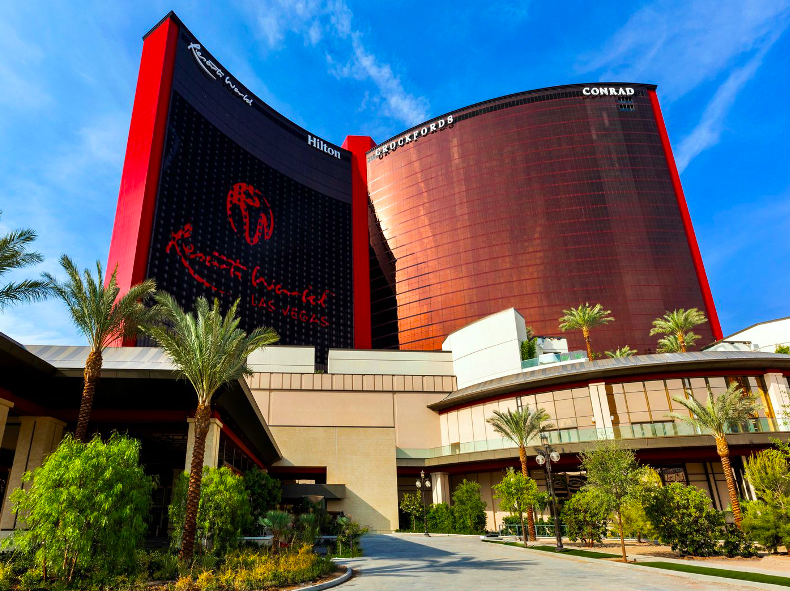 TWO TWO and Binance NFT will truly blur all the lines between gallery, virtual and digital artwork. TWO TWO’s gallery and access to Extreme Arttm and Binance’s reach into the crypto communities, makes this an industry disruptive partnership. TWO TWO and Binance . . . Art without boundaries.

Binance NFT is the world’s leading NFT marketplace and trading platform. Its new global marketplace will become the premier destination for NFTs and digital collectibles across mediums, from visual arts and gaming to music and sports.

Binance NFT s aim to create the most compelling metaverse with one-of-a-kind offerings and exclusive collaborations, paired with a seamlessly designed and intuitive digital platform to bring together artists, creators and crypto enthusiasts from around the world. Furthermore, Binance NFT will share the same account system as Binance.com, allowing users to access the marketplace alongside our other ecosystem offerings.

TWO TWO is the world’s first Interactive Art Gallery combining NFT with DeFi. It resides contemporaneously within the convergence of the actual and the virtual. The work of visionary, established and emerging artists, is merged with multi-dimensional technology, to promulgate co-existence with illustrative imagination.

Partnering with Syncretism Worldwide, the first TWO TWO Gallery will be located within Resorts World Las Vegas, the city’s most sumptuous, unique and innovative property, that just opened this June.

Yet, TWO TWO also inhabits the imagination. The patented immersive technology emulates the emotional stimuli and translates the experience to any mobile device. From actual to virtual to actual, the transcendental circle is complete.

More information on TWO TWO can be found at the following links:

ULAND is our world remade.

Climate Tech Company YES WORLD is on SAVE...

Megawatts Hosting Announces that the Hosting Facility is...